Was Ted Cruz fleeing to Cancun a “mistake?” 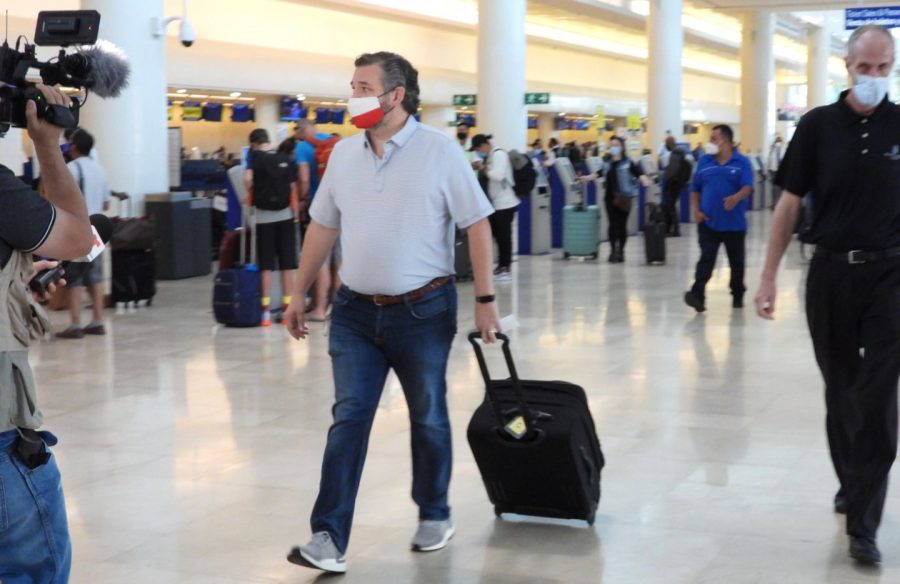 The notorious Ted Cruz, a Texas Republican, has been in the spotlight recently after running to Cancun during a winter storm leaving many people in the state hungry and without power or water. Not only the Senator left his own people he left his own dog.

NewsWeek mentions the shocking discovery that caused a stir all across the country. According to them, “Reporter Michael Hardy discovered the small white dog peering from behind the glass front door when he went to Cruz’s River Oaks home in Houston, Texas.

“Just drove by Ted Cruz’s house in Houston. His lights are off but a neighbor told me the block got its power back last night. Also, Ted appears to have left behind the family poodle,” Hardy mentioned on his Twitter.

After he returned home after his amazing trip to Cancun on Thursday, he received a lot of backlash on social media. Unfortunately, Ted Cruz has not responded on Snowflake, the family dog, whereabouts.

Website, People.com, mentions, “Upon the reporter’s discovery was the family’s small white poodle, named Snowflake, which had been left at the residence, which Heidi Cruz, the senator’s wife, had told friends was “FREEZING” earlier this week in texts obtained by The New York Times.”

Hillary Clinton, a well-known politician, saw this as opportunity and took a jab at Ted Cruz by saying in a tweet, “Don’t vote for anyone you wouldn’t trust your dog with,” on February 19.

However, Ted Cruz has apologized for his actions and his trip to Cancun.

“I started having second thoughts almost the moment I sat down on the plane, because on the one hand, all of us who are parents have a responsibility to take care of our kids, take care of our family. That’s something Texans have been doing across the state,” said Cruz, who had said in an earlier statement that he flew to Mexico because his daughters had asked to take a trip and he was trying to be a “good dad,” Sen. Ted Cruz stated, according to CNN.

“But I also have a responsibility that I take very seriously for the state of Texas and frankly, leaving when so many Texans were hurting didn’t feel right and so I changed my return flight and flew back on the first available flight I could take,” Cruz continued.