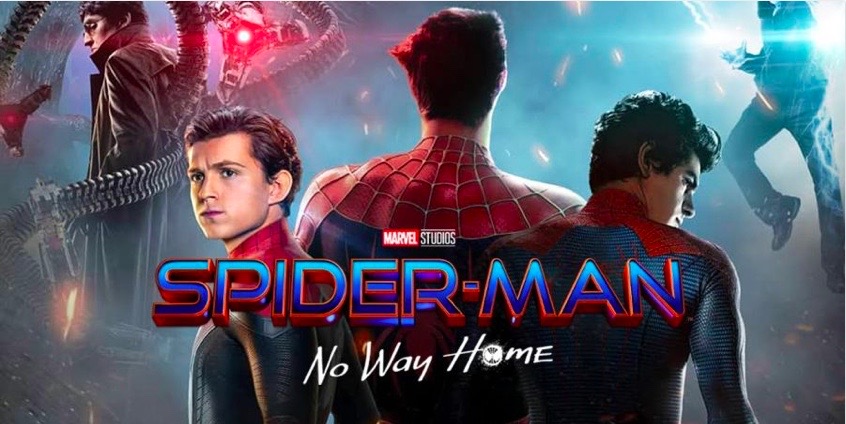 As MJ said to Peter Parker, “If you expect disappointment, then you can never really get disappointed” and with this movie, it most definitely did not leave me disappointed. This was the best Spider-Man movie to be made and 100% one of the best Marvel movies of all time. From its impeccable scenes and tense moments, this movie left me on the edge of my seat for sure. 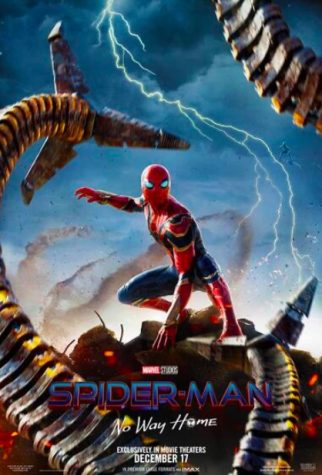 To start with the obvious, my favorite thing about the Spider-Man movie is how the three spidermen characters were all in one movie. It was hilarious and exciting to see each one come to the same reality and to hear conversations each one had… especially when they asked Tobey Maguire’s Spider-Man where his webs come from. It brought back so memories as a child from all the Spider-Man movies and I did not realize how much it would heighten my love for the movie.

But speaking of all the Spider-Man characters, a moment in the movie that really touched me was when Andrew’s Spider-Man caught MJ as she fell off the building. This was so sad, but cute and heartwarming. As he couldn’t save his own MJ, Gwen, it was like he already had that instinct of what he knew he needed to do. I feel like this moment was deep in many ways.

However, right behind seeing all of the Spider-Man characters in one film, seeing all the villains together was equally exciting. I genuinely freaked out like a fan girl when I saw Dr. Curtis Connors, the Lizard. He is one of the most remembered villains for me throughout all of the movies and couldn’t believe my eyes when I had seen him.

Something that did catch me off guard though was Dr. Strange becoming an antagonist to Spider-Man almost. From the trailer, I just expected to see them fight fix their mistake but not for them to fight each other. But, with their fighting, it does show their different beliefs and ideals. Tom Holland’s Spider-Man still believes in the good of people, even villains, and wants to please everyone. While with Dr. Strange, he rather just immediately get rid of the issue, not caring who it might affects.

Another thing that caught me off guard as how Aunt May died. I should’ve expected it as in EVERY Spider-Man movie the parent figure always die, but I thought the movies with Tom Holland are so different. Knowing that they are still making more Spider-Man movie, I definitely think the death of his Aunt is going to make an impact on everything he does especially how he use to live his life.

With this being one of the most popular movies of all times, almost all of the Northland students have watched it. I interviewed Senior Ally Wiley and Danielle Rangel on their opinion of the movie.

“I liked the movie because they showed all three Spider-Mans,” Rangel stated.

Wiley explains how she enjoyed the movie and “how they celebrated the three decades of cinema, which I thought it was really cool…”

She continues by saying how her favorite Spider-man scene was when Andrew Garfield’s Spider-man saves MJ and mentions her least favorite scene when Aunt May died, “because they almost tripped you out with it, they made you think she was fine and just not.” 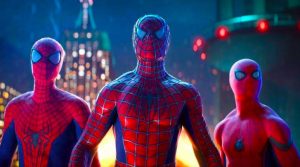 Though Tom Holland has grown so much as a super hero and really fitting into that Spider-Man role… I am so crushed that everyone has to forget Peter Parker. The scene where he walked into the cafe shop where his best friend and MJ worked and they didn’t recognize him was so heartbreaking. I think that was the moment, I really could’ve teared up. My mind race with the possibilities of what might happen next in the other movies now. Like will everyone remember Peter Parker after a certain event or will Peter Parker explain to the them situation and they believe him but they still won’t remember the impactful things they’ve been through together? I can’t wait for more movies to come and Spider-Man: No Way Home will always remain one of my favorite Marvel movies.