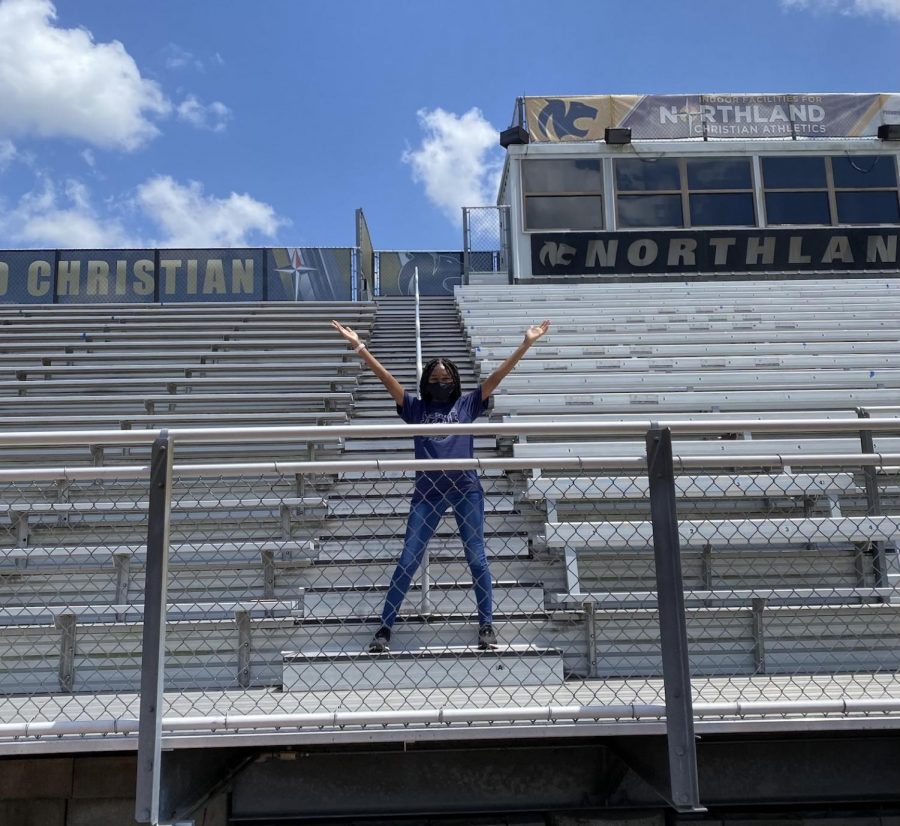 Have you ever thought about leaving your body to become a blue alien from Avatar? Well, if Trinity Polk could be any movie character, from any movie, she would be a na’vi from Avatar because they live on a cool planet, and they’re aliens! If Trinity won the lottery, the first thing she would do is go buy a dog because she’s a dog person.

The last thing Trinity ate was waffles and bacon, and although she says she likes spicy food because it has more flavor, she liked the bacon and waffles as well. During her free time she watches Netflix or eats, and when she’s eating, it’s probably spicy or maybe chocolate because she thinks chocolate is delicious.

You would think that if Trinity could meet anyone, dead or alive, she would want to meet Jerry Wexler, the creator of R&B music, which is her favorite style of music. Instead, she wants to meet Christopher Columbus to know the truth about the land. If Trinity could be any age for the rest of her life it would be 21 because you’re old enough to experience everything.

That is Trinity Polk, the blue alien.