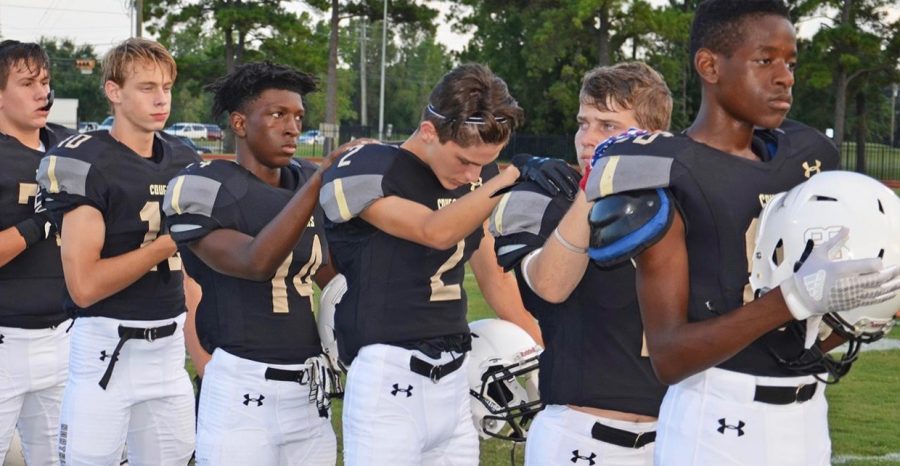 As the school year begins, many things have changed due to the COVID, specifically sports. At Northland Christian, many sports that range from fall to winter have faced massive changes. I’ve interviewed James Van Hook, Northland’s athletic director, and Cliff Kraner, Northland’s director of student activities, to see Northland’s plan.

Due to the virus, sports are going to bed shorter this year. According to Coach Van Hook, “The seasons are being shortened by 2-3 weeks. With the official start date being moved back after Labor Day, TAPPS pushed the fall championships back a week so that fall sports could add another game, meet, or tournament. Winter Sports will also start two weeks later, but no change has been announced on Spring sports. It looks like if things go well, Spring sports will start on time.”

However, the sports will play on but the main issue is the fans. Kraner explains, “A couple of the questions that we are still waiting on are to see what the fans are going to look like as far as how many fans they are going to allow in the stands. Is it going to be like 25% capacity, 50% capacity, so the number of fans at games may change a little bit, so that might look a little bit different.” Coach Van Hook adds on by saying, “As far as kids getting the chance to play and compete, very little will change. However, making sure athletes are socially distant when they are transported to games, and the amount of spectators allowed at contests are two things we are still monitoring and discussing.”

Though there are main issues, Northland does have a plan to make sure everyone is safe and protected from the virus in games and practices. Coach Van Hook explains, “The biggest area of concern is locker rooms. Sweaty athletes converging on a small space is problematic for how we have learned the virus spreads. Athletes should wear masks at all times in small spaces, like locker rooms. Though several sports have contact and athletes in close quarters, our coaching staff is continuing to follow protocols we put in place over the summer for masks to be worn when appropriate, social distancing, and sanitation.”

As far as concession stands at the games, they will be open but there will be some changes. Now, they will only serve bottled drinks and pre-packaged snacks.

I also interviewed Junior, Karahn Garfield, who’s on the football team, about this year’s season. He also explains how the practices are different, “Yes, they are different, it’s not every day anymore. We don’t wear pads all the time which helps make the practices more enjoyable.”