The death of 43 year-old, Chadwick Boseman, also known as Black Panther has shocked the world. He is mostly known in the movie Black Panther where he played a superhero and a leader in a place called Wakanda. This movie was praised as the majority of the cast were black which was a cultural milestone.

This character and film inspired the world, it was a real inspiration for young African American teens and children. As for once, a black person wasn’t just a sidekick or part of a team, he was an actual superhero. Even though Chadwick Boseman has passed his legacy still lives on in people’s hearts.

A person tweeted on Twitter stating, “The way Black Panther showed so many black children that they could be the superhero, his work really meant the world to us. Thank you Chadwick Boseman for being out r’cholla. Rest in power king.” 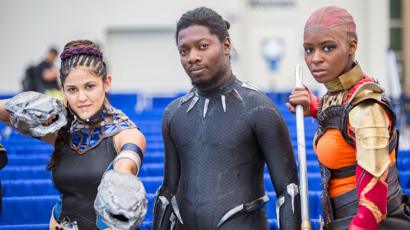 “Chadwick Boseman was a beacon of light to people across the globe. His role in Black Panther was groundbreaking and iconic. For many black children, he was the first major superhero they could identify with. Rest in power to a genuine, virtuous hero. Wakanda forever and always,” said another person stated on Twitter.