Man survives bear attack after a fight in the kitchen 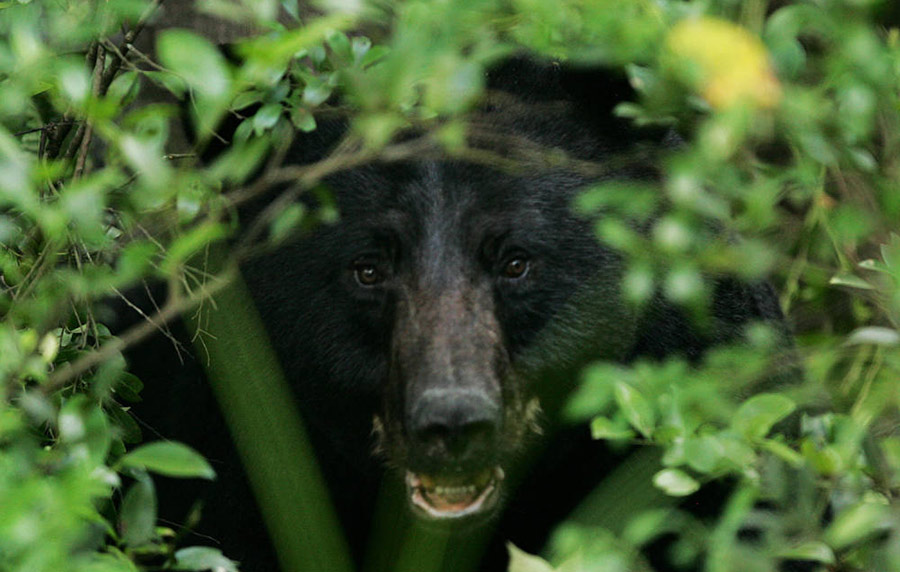 A man from Colorado was attacked by a 400 pound bear leaving deep wounds on his face. He says he’s just lucky to be alive.

According to USA Today, “He was looking me in the face when I came around the corner in the hall,” he told KGO-TV in San Francisco.  “He was eyeball to eyeball.”

Dave Chernosky, a father of two, explained how the kids were down in the basement at the time. “I wanted to make sure he stayed upstairs,” Chernosky said to GMA. So Chernosky lured the 400 pound bear into the garage as he created loud sounds. However, as Chernosky opened the garage, it started the animal, which swiped Chernosky’s face.

“…he just smacked me in the side of the head and spun me around and got me again on the back,” Chernosky told CNN. “I literally heard it crack on my head.”

Luckily the bear left and Chernosky was able to go to a hospital for surgery and stitches. According to GMA, now he has a series of stitches along his cheek, jaw, ear, and back, but he is able to make a full recovery.

The Colorado Park and Wildlife officers were able to find the bear and euthanize it.

The Colorado Parks and Wildlife explained in a statement, “Bears will work hard to get the calories they need, and can easily damage property, vehicles, and homes. Bears that become aggressive in their pursuit of an easy meal must often be destroyed. Every time we’re forced to destroy a bear, it’s not just the bear that loses. We all lose a little piece of the wildness that makes Colorado so special.”

Chernosky explains to GMA, “[The bear was] just looking for food, and then I don’t think he [was] planning on encountering me either … I think the message, if any, is just to stay aware, be cautious, you know, when you’re coming into the wilderness.”