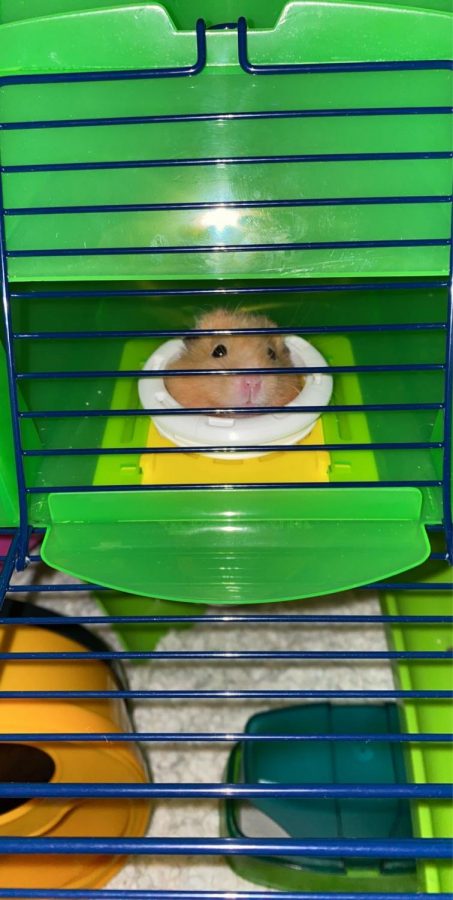 On Sunday, August 30, Kenzie Hoffman received Kallee Nelson’s pet hamster. Kallee had to give up the hamster for personal reasons, but Kallee and Emma Nelson were sad to see him go.

Kenzie is now in love with cheeseball and is so happy she is allowed to have him. He loves watching Kenzie play video games on her TV and roaming around her room at night when he’s awake.