Thriving with Trin: How Social Media has become toxic when it comes to the elections!

Are you tired of seeing posts about the elections? 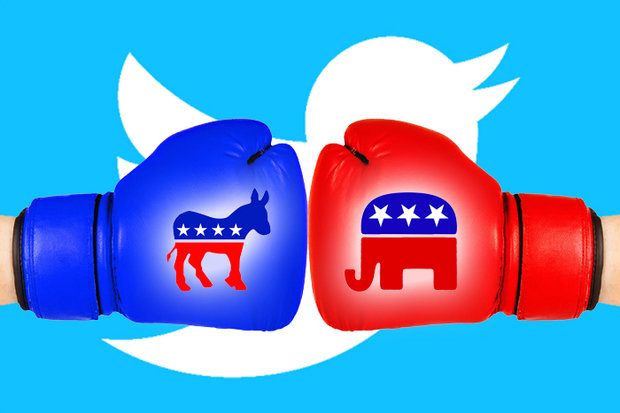 As social media isn’t toxic enough, politics is also a cause of its toxicity. Now that elections has returned, I must say that this is the most problematic election I have ever seen. I’ve never seen the US so divided like this over politics.

On social media, I’m seeing hundreds of people arguing and harassing each other because of their different beliefs/opinions instead of respecting everyones. I also find it toxic because I see a lot of uneducated people that are on their platforms mentioning topics they have no knowledge of nor understand.

On social media platforms or in person, you get a close up of what people truly think and believe in. But it’s unfortunate that everyday I have to wake up to see more negative comments of people trashing each other because they are supporting a certain president or disagreeing about a topic.

According to Pew Research Center’s surveys, “…46% of adult social media users say they feel “worn out” by the number of political posts and discussions they see on social media.” 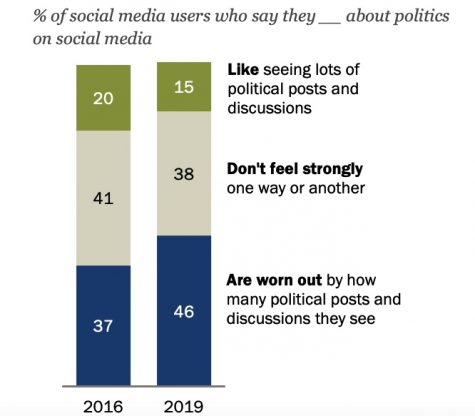 The Atlantic also backed this up by saying, “Still, a substantial portion of Americans try to avoid politics altogether. Nearly seven in 10 social media users say they “hardly ever” or “never” discuss politics on these platforms. Yet the topic can be hard to escape—37 percent say they are “worn out” by the amount of politics they see in their feeds. A majority finds their interactions with political opponents on social media leave them with less in common than they thought, and they describe the set-up as stressful and frustrating. About half of users say their political discussions on social media are less respectful, less likely to be resolved, less civil and more angry than other places they talk about politics.”

As I interviewed Junior, Danielle Rangel, and Senior, Christopher Hudson for their opinion, they both agreed how social media can be toxic.

It’s also toxic because of all the fake/false information that is shown all throughout social media. Because of all the uneducated people in the world, most would instantly believe what a post is being said then actually doing research to see if it is true.

We all need a wake up call and learn how to respect each other’s opinions!