Is a College Degree Necessary?

As the Seniors are getting ready to graduate many are getting asked, ” What/ Where are going to College ?” I know it can be extremely difficult deciding where to go to college and even deciding weather you should go to college overall. Just the thought of this makes me questions my decision.

So the Main question is, is a college degree necessary?

In my opinion I do not think a college degree is Necessary to succeed in life. In some cases having a college degree helps, but in some other cases it doesn’t. Not only is college expensive. Many people seem to be in debt after college and seem to not even find a job after school. Looking in the world we live in now there are many ways to succeed. There are not only adults but kids as well getting rich off social media and some of them even dropped out of high school, and still managed to figure out a way to do it. I personally believe it just depends on your career choice. For example, I want to pursue a career in nursing. By accomplishing this I would have to go to college because I would have to be certified by the state.

The video that is attached is named “is college worth it.” In the video they talk about how college was for the personally and where they are at right now after 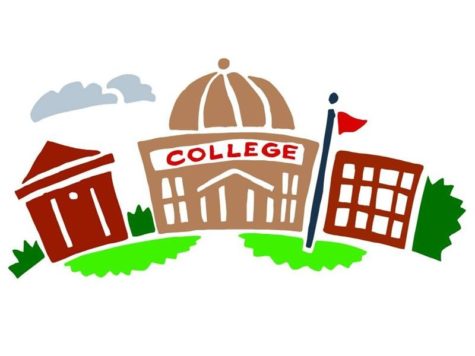 college. In the video they discuss about how some people just become wealthy, now a days not only adults are able to become successful but children can also. I personally looked into it how a social media person can become so rich. For example, there is a 7 year old boy on youtube. He goes by ‘Ryan Toyreviews’ on youtube and all he does is open toys and talks about it. All he does is basically review the products. Just by doing this he gets an average of 25-30 million views on his videos, and remember this is all about he opening up toys and playing with it. On youtube you must reach over five thousand views to be able to get paid. For every twenty five views that is a one dollar  youtube pays you for your video. On an average Ryan is making around one million dollars on his videos. Honestly now a days you can succeed without college by social media and other jobs.

College isn’t for everyone, everyone has their own idea what they want to do with their lives. Many people go to college, because they feel pressured into going and they have nothing to say. Everyone always says I feel obligated to go and if college was for everyone there would be more people without jobs because everyone has a degree in what they want to do. Many people can do it without college such as people who work really hard at their day jobs.  Getting a degree has a higher chance of getting you a job that gets paid better. Not having one will be a lot harder, but it is not impossible there are many people who don’t have a college degree, but still make it.

If you want a picture to show with your comment, go get a gravatar.